(Perplexed I am! as to where I am headed)

I had read Raja Gidh, a novel written by Bano Qudsiya, years back and was blown away as always happens when you encounter a masterpiece. In true literary essence, Raja Gidh is a novel, an evergreen bestseller, but in reality it’s way beyond that milestone. It’s a love story, and is not a love story at the same time, a socio-cultural revelation unto human mind, a psychological thought worth a revolution and much more beyond the scope of my expression.

It’s a story entangled in a love triangle, Qayyum-Seemi-Aftab, each seeking the other and failing to win over the love; love that is a trickier phenomenon! The book describes in detail, a suicide, consequent to a love that failed its seekers. It explores the sociocultural taboos in the context of kosher vs forbidden. It presents an interesting hypothesis that seeking and acquiring what is forbidden, is against human nature and those going against nature get infected by the seed of insanity that gets germinated and replicated across their generations. As it happens that an inspiring story tends one to dig a bit deeper on the plot, and the pursuit gets even more exciting when one in fact comes across the characters in real life. Myself and Rashid Minhas (both equally inspired by the novel) had a few collective encounters at Lahore in pursuit of Raja Gidh and made a few discoveries.

This post is an abstract rundown of our trail of Raja Gidh, as we moved out to revisit the scenes and locations from the story that had left us bewildered and stranded. It might not follow a logical sequence, and it might altogether fail to establish any logic for this entire write-up. But, my dear readers, there are occasions, when you get tempted to write, even with abstract thoughts populating your mind. Whatever gets presented here is primarily about Qayyum (the symbolic vulture seeking the forbidden) and Seemi Shah (the ultra-mod, educated, bold girl from the modern society of Gulberg, Lahore; our heartbroken heroine who upon losing in love was ready to lose all…)

Dusk, of all the times in a day’s clock, dear reader, is typically depressive (as Bano Qudsiya testifies herself) and if you happen to encounter it atop a bridge in Lahore, Mian Mir Bridge to be specific, one’s plight gets multiplied. Qayyum encountered dusk on the Mian Mir Bridge and identified himself with that Railway Engine aimlessly shunting on railroad down below. He had waved goodbye to Aftab at the airport, yet knew that Seemi, in waiting, was in fact a transit passenger, only there to get to the first hand account of Aftab’s departure from Qayyum. It so happens, on occasions, that people even when they leave, don’t spare enough space for others in the arena. When there is time for Aftabs to leave with scars on their lovers’ souls, there’s always an opportunity for the Qayyums to feed on the dead meat. On one identically depressive evening, atop Mian Mir Bridge, while correlating the events, I, deliberated on the same railway tracks down below, shining as inter-winding with each other with their origin and destination both obscured far beyond the horizon. It so happens, dear readers, that the souls infected with the microbes of love and lust alike, are left to oscillate back and forth without a beginning or end in sight. 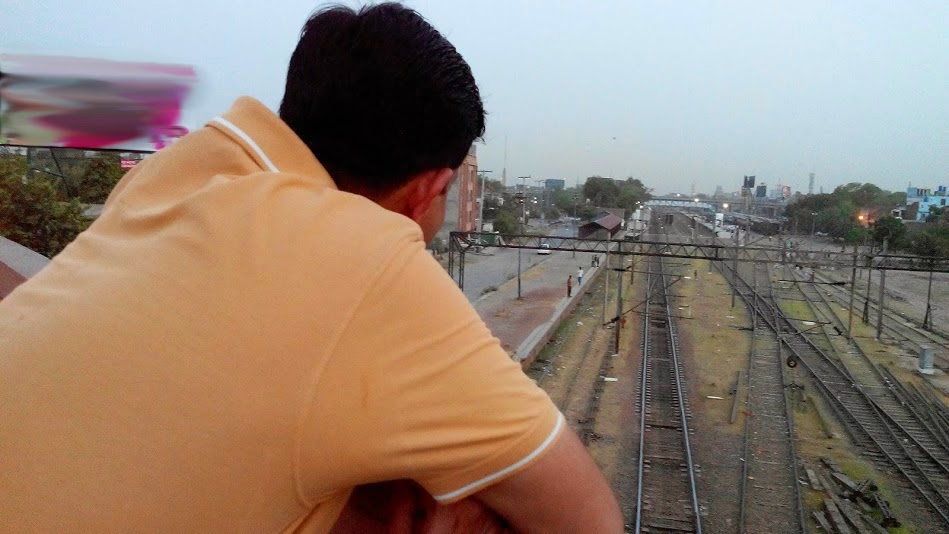 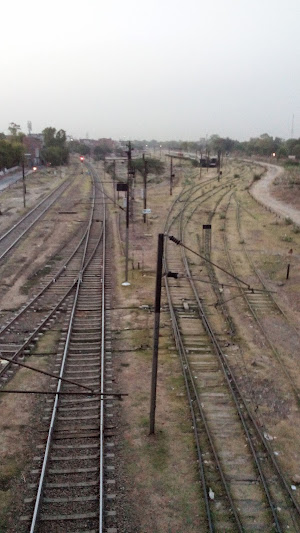 The supernatural encounters at Lawrence Garden

A botanical garden, a shrine for the devotees of the divine, a tree from some ancient species with associated mysteries, a supernatural phenomenon and the scene is ripe for something extraordinary; something exciting; something morally corrupt and above all, something forbidden. Lawrence Garden with all of the above accessories, bears the testimony to Qayyum and Seemi’s morally upsetting, meaningless relationship in the novel. Inside the Lawrence Garden (renamed Bagh-e-Jinnah) towards a corner, there is this shrine of Saint Truat Murad (literally meaning “immediate fulfiller of ones wishes”) and not far from it lies the mysterious kafoor (the camphor tree, one of the produce of which, dear readers, is Camphor that is used in religious ceremonies particularly those relating to the funerals). Bano Qudsiya craftily sets the stage in such a setting, where in the calmness of the dark nights, an ultra-mod girl blessed with the logic of reasoning embraces the sufi tribe in a desperate attempt to seek her lover, and not far from there, in the shades of the kafoor tree, lands and settles a vulture absolutely with no noise, cunningly awaiting the opportunity to hunt on that ultra-mod, dead soul. The supernatural happens in an atmosphere that smelt nothing but rich camphor.
Having discovered the shrine and the tree in the daylight we came back to the witness the site after dark. Having settled in the shades of kafoor, a discussion ensued, and in those revealing moments, we came across this typical restlessness, an anxiety ever-suspended in the atmosphere from the times of Seemi-Qayyum. Dear reader, it spoke of a frenzy that arises when a deprived soul pleadingly auctions its keeper out in the open. A psychosis, with tendencies that are suicidal and it was the curse of a suicide, or may be two, that prevailed around us. Rashid Minhas later reminded me of the excerpt, “Raja Gidh promises life to the ones that are dead already” and hence feeds on the willingly submissive prey.

In search of Chandra; The Breeding Grounds…

“Chandra”, some village in district Sheikhupura is deliberated as the origin of our Vulture King, Qayyum. Mentioned as a semi-abandoned village, where the soil salinity has rendered cultivation to be useless, Chandra is described to be situated in the vicinity of a railway line. There were other landmarks of which notes were made and we headed out in exploration on one hot (extremely hot infact) Sunday. One pleasant addition was Dodo, same Dodo, dear readers, who has been covered in the post on Swike and about whom it’s an undisputed consensus that he is possessed. Two pre-occupied and one possessed souls that noon discovered that there is no village with such name and settled for the names rhyming with Chandra. In one such village “Chando”, to the locals, we mentioned one landmark “Mai Tauba Tauba of an old Kiln” and were surprisingly directed to Sikandarabad on Sheikhupura-Faisalabad Road. We did discover the evidence of soil salinity and the site of an old (now demolished) kiln, but could not definitively conclude Sikandarabad to be Chandra of Raja Gidh.
That afternoon, in the company of a possessed mate, two vultures were out in the maddening summer heat, trying to explore the land of their origins…

Graveyards of Gulberg; A Dead End …

The exploration of something physically obscured and symbolically unknown continued and it took us, me and Rashid Minhas, to the graveyards of Gulberg. Hopelessly floundering in the heap of graves, both marked and unmarked, we were out there to discover nothing but the dead end…

O beloved! I am known by my relationship with you; I shall dearly lose my heart and my soul in thy love!
It’s the end I seek, the end what I seek; perplexed I am, as to where I am headed!