The Place I was at the other night …

Mumtaz Mufti in his short story Samay ka Bandhan (The Bounds of Time if translated literally) introduced some unique dimensions of time and space. The story is based on a mystic plot and cautions the readers of the consequences of attempted intrusions into the time reserved by the Lord for Himself. Now, if Sunehray, a dancing girl of the nights, negating all the advices from Aapi would sing her heart out

and while singing would step into the hours past midnight, is destined to get immersed into piya rang (the color of the Lord). And the color of the Lord, dear readers, is unique and the ONE and leaves no space for any other shade. Mufti cautions his readers, and does so repeatedly and I quote ‘those blessed with the Divine Color are eventually rendered useless for the worldly affairs’.

Baba Muhammad Yahya Khan has composed an entire book ‘پیا رنگ کالا‘ (The color of My Lord is Black), and Babaji brands black to be one divine color; solid, absorbing all other colors so that their individuality is lost; black, that is the color with the Almighty. This is the color that is carried by the Aashiqs (lovers in the way of divine), it’s the color the dusk gets into as it absorbs into the night, it’s the color worn by the Faqirs (those blessed with the etiquette of begging in the Court of the Almighty), it’s the color of the serpents; and dear readers, to pacify all four one needs to be carrying some tricks in the pouch.

Night is one time synchronous to black, and it’s night when the attention from the outside gets suitably diverted to indoors. At nights the gatherings get blanketed into private affairs and Hazrat Amir Khusro quite passionately recalls one such gathering, he had been to the other night (شب جاءِ که من بُودم). The lyrics and a beautiful musical rendition of the same by Ustad Nusrat Fateh Ali Khan is presented here for my readers.

It was the night of 27th Ramadan, one of the nights to seek out Laila-tul-Qadr, the stage was set for those venturing to seek the divine, and much was at stake to pull the strings of the heart. Tempted to be part of the mass I found myself in the Badshahi Mosque (the grand mosque of Lahore). There was crowd and lights and the recitation, and in all the proceedings I observed the people and discovered a typical individuality, silence and the solitude of a color none other than jet black suspended everywhere in the mosque. 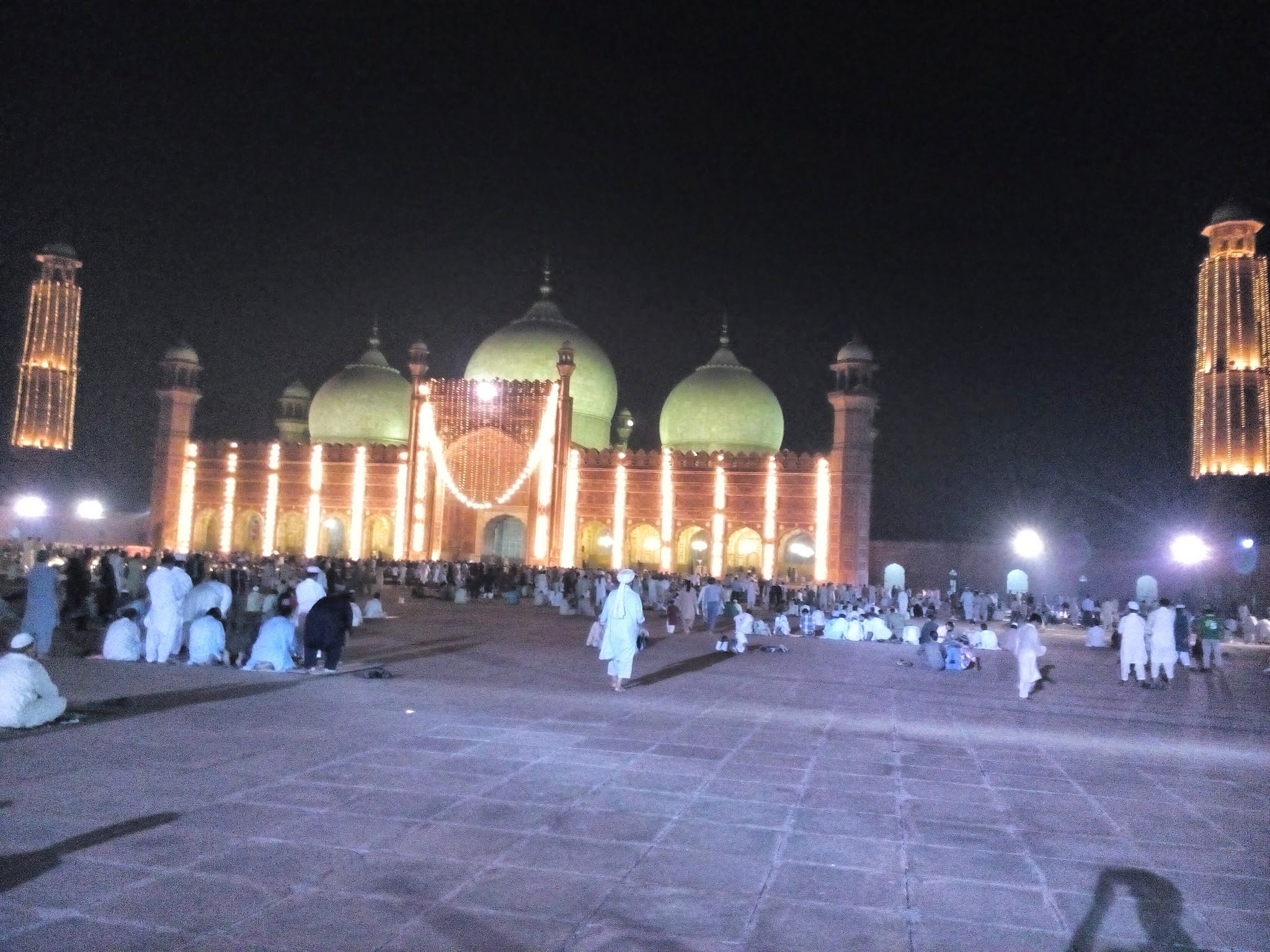 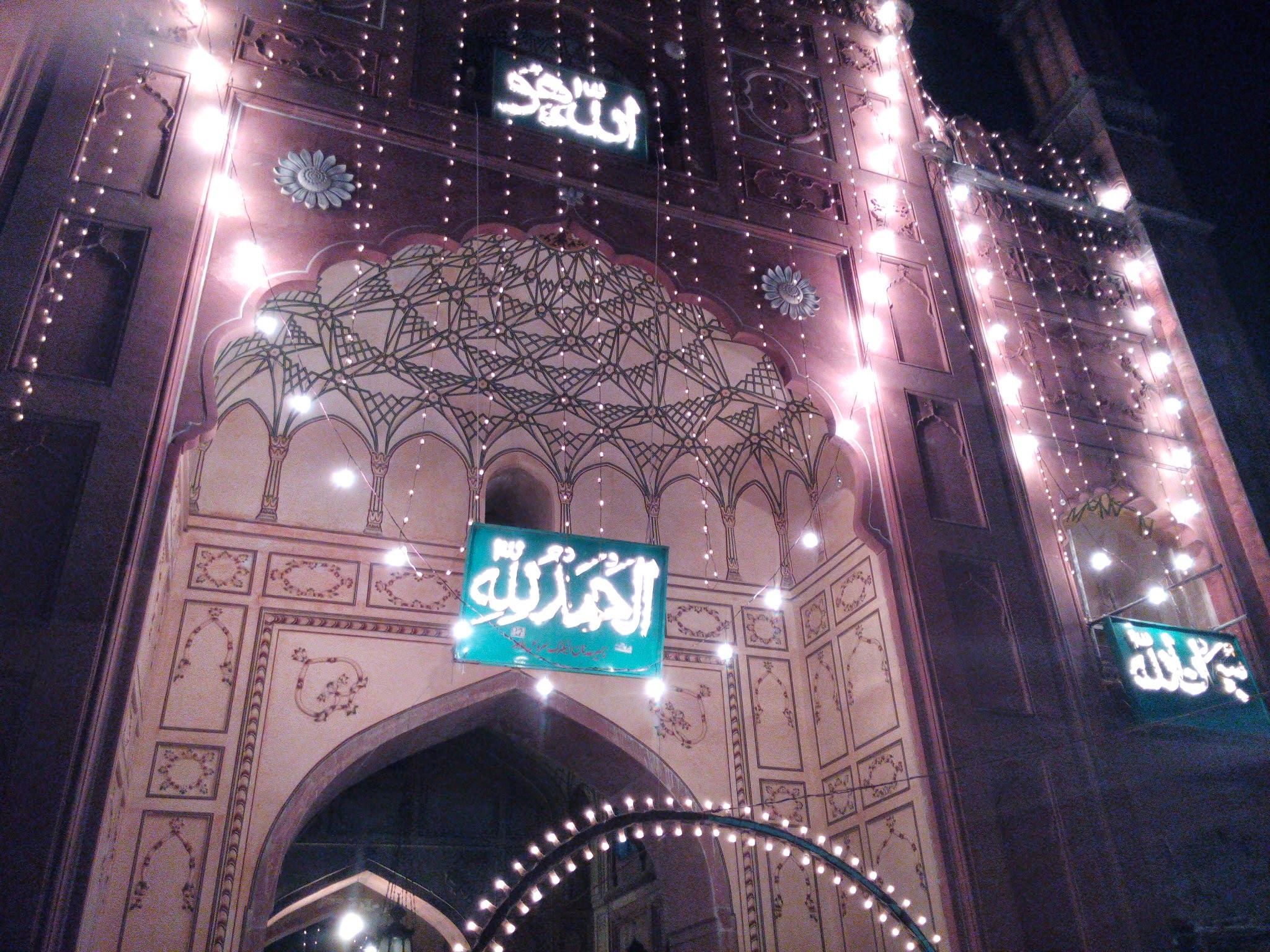 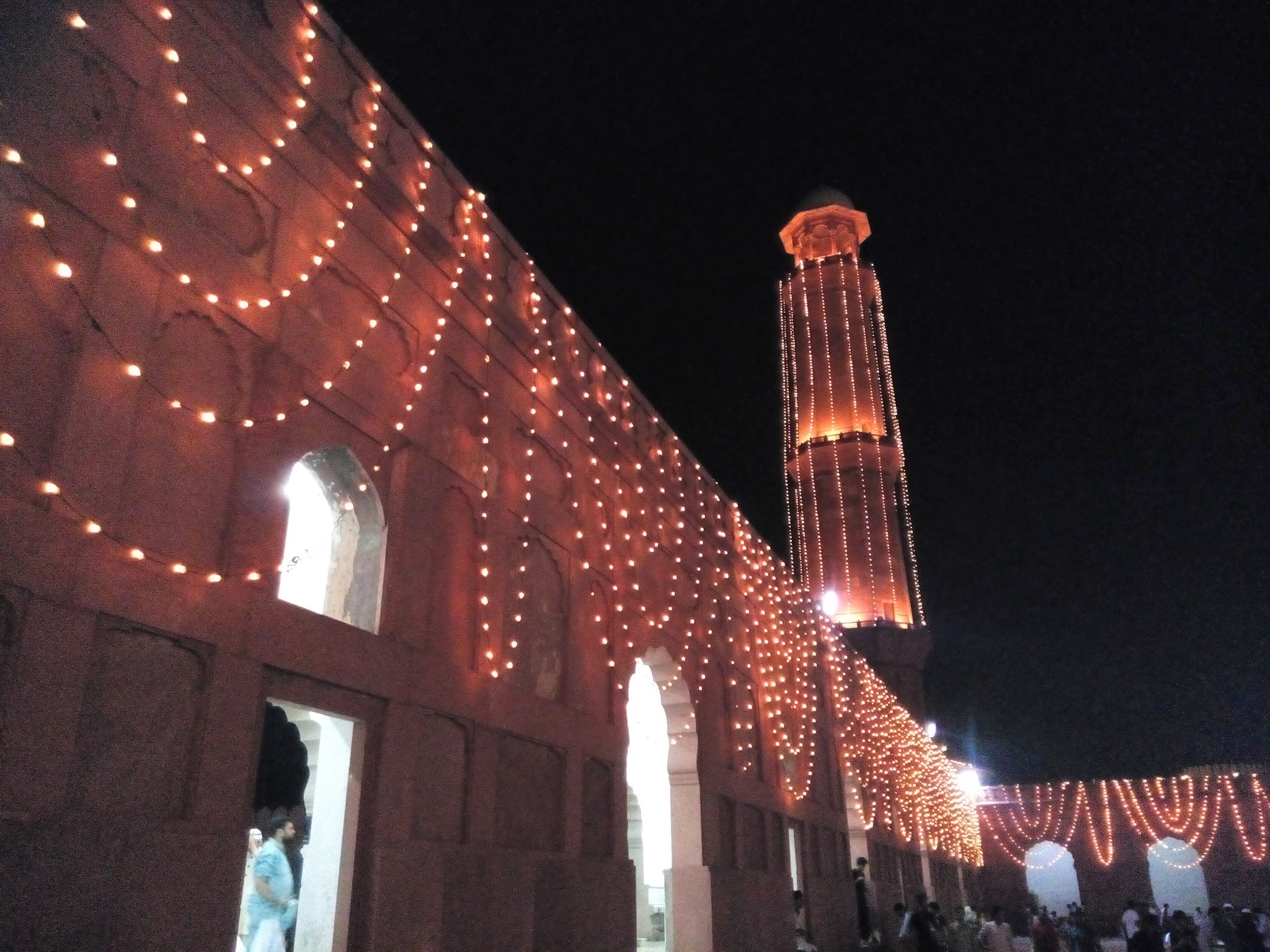 I, dear readers, stood there with this typical anxiety of a novice on the periphery, observed keenly and being devoid of the courage to embrace the ‘unknown’ returned back, empty handed…