Notes on “The Soul of the World”

Let me start with something ancient and it’s a general perception that something ancient in time is symbolically authentic and belongs to the pure wisdom. It’s about the phrase “The Soul of the World”, understanding it once in a while and being able to converse with it. Ancient theology, Sufism and other schools of thought believe soul of the world to be something divine, pure and something that gets absorbed into and represented through nature. It starts with an on-looking gaze that is taken further towards concentration and further up to meditation and beyond. It’s about the ability to spare a brief instance in time and forget about everything else and just for that tiny moment starting a conversation in the “Universal Language”. Here, I must admit to my readers that the inspiration behind these thoughts is partly attributable to the current read on my bedside table.

There was a language in the world that everyone understood. It was the language of enthusiasm, of things accomplished with love and purpose and as part of a search for something believed in and desired.

There is nothing special or extra to be done in order to be in that universal mode of conversation. It can start right where one sits back leaning against the wall and absorbs into nothingness ( ڈھو لگا کے as advocated a number of times by Ashfaq Ahmed). If I relate this a bit more closely to the current post, let me say that one tends to meditate during the moments of pure solitude… like gazing at stars in the night sky… like being in the calmness of flowing waters… The opportunity to meditate is not hard to find, interestingly it’s the “opportunity” itself that is throwing itself on us making it convenient to be discovered.

I was in Islamabad for a couple of days purely in connection with work. Muddled in the busy routine, as I managed to sign off by night, I was hijacked by two unarmed assailants. Rashid Minhas and Kaboom literally kidnapped me, put me hostage in my car and in the darkness of Islamabad streets we drove past the Rawal Dam. Having parked the car at a deserted spot off the shores of Rawal Lake, in the pitched darkness, I was afforded the relaxation of changing the office dress to something which the kidnappers had brought with them perceiving it to be suitable for the hostage. A weird looking vest and a pair of tight shorts; really tight as it had the one identical measure of circumference at the waist and further down below making it a really challenging adjustment. Having changed into the shorts, I discovered the wisdom that other than the head, human body does possess other anatomical parts that are potentially capable of suffocation as well. Being a hostage, dear readers, is not at all a pleasant situation!
On the other hand, the duo went laboriously busy in inflating a “Two and a Half men” boat simultaneously patching the places identified in real-time to prevent the leak. The boat itself was quality stuff, but the mending works consisted of ordinary sofa rexine and dried Elfee (a household adhesive to mend the cracks or broken plastic). Having the boat ready, Rashid Minhas proudly put on the only life jacket and hence became the tagline “safety first” for our trip. A pair of oars, a take away meal from Subway Blue Area and a water proof (at least in our perception) bag was on board other than three souls in the vastness of Rawal Lake. Playing out the role of exemplary subordinates both Kaboom and Rashid Minhas afforded me the VIP slot in the boat, grabbed the oars and started a harmonious workout pushing the boat towards the centre of the lake. 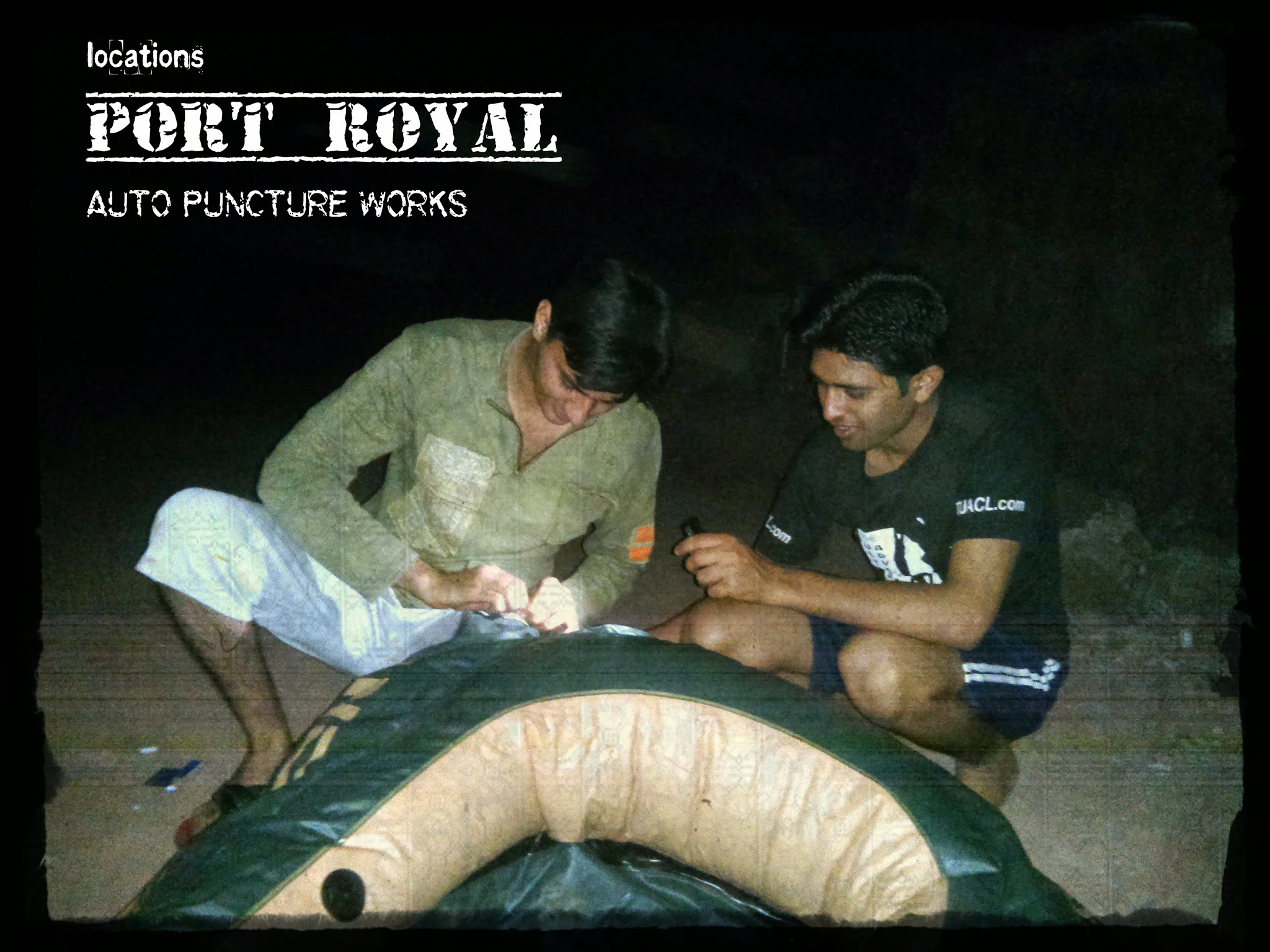 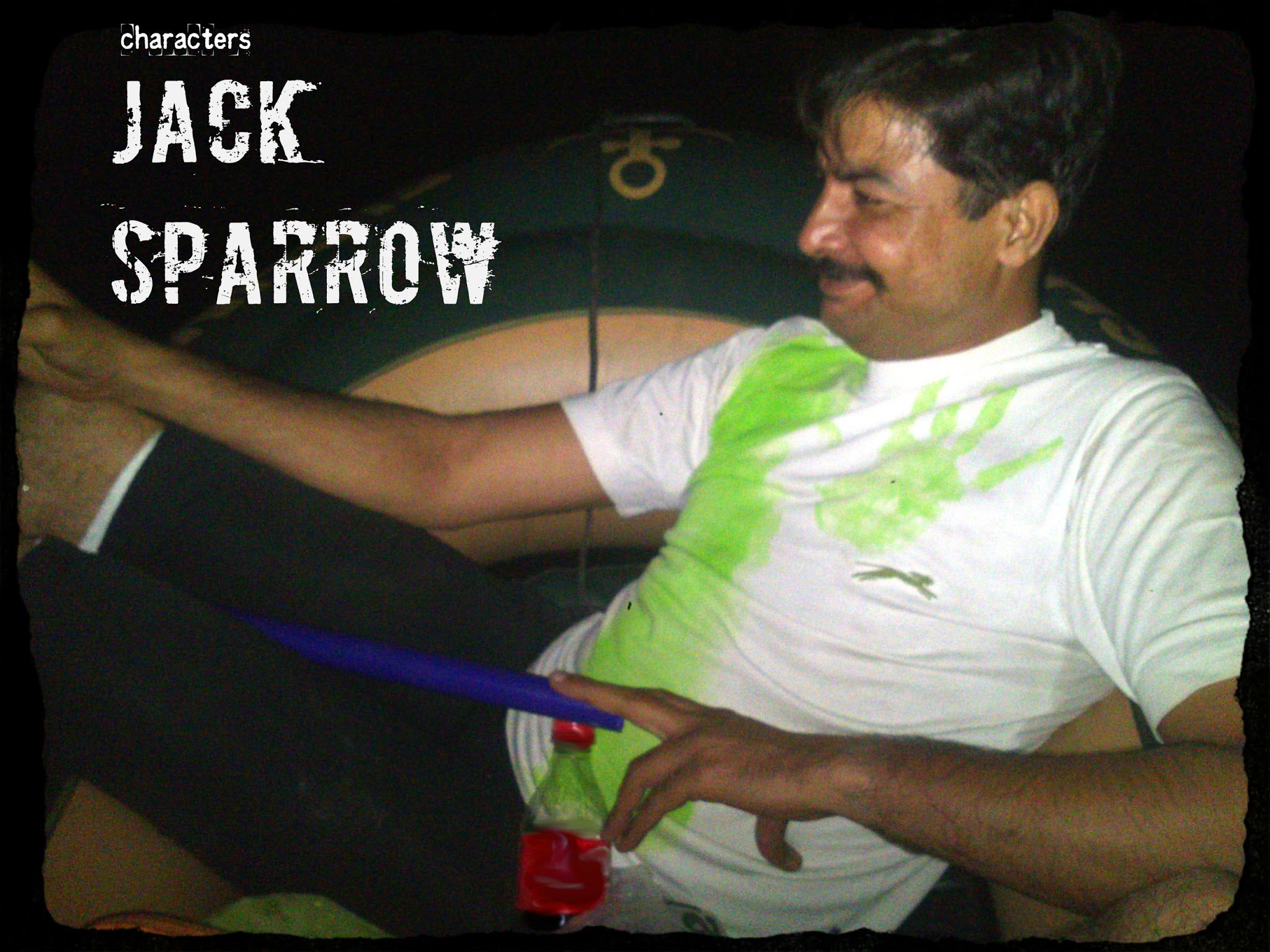 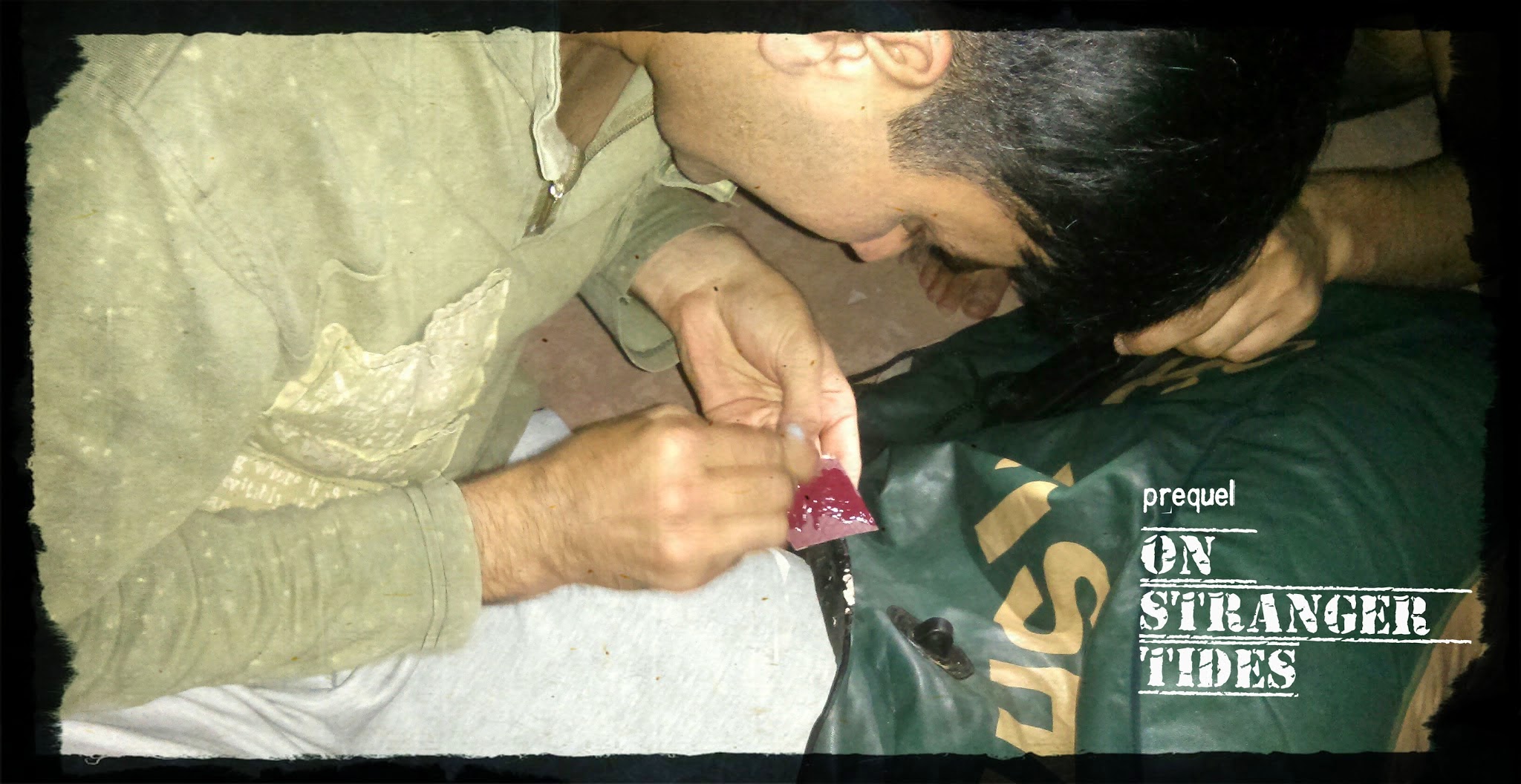 It was when we reached our “Rendezvous at Sea” that after a prolonged moment of silence Kaboom uttered two magical words: to Rashid Minhas he said softly “three sixty” and to me “look around and up”. Having dumped the work on the lake shore, away from the city noise, there I was; right in the calm of Rawal Lake and I got fascinated by my gaze across the city lights on the far bank and up on the stars in a circular movement nothing short of a slow-motion. For that particular instance, dear reader, we all conversed with the soul of the world, saying very less yet entirely understanding each other. We conversed with nature in the universal language; language of enthusiasm and of things accomplished with love and purpose. I will try and may be able to write a bit more but the truth is that the feeling can’t be explained and it could only be felt, right at that point in time… There are no snapshots of the view as it would miserably relegate the aura of what we have been through. Whatever we have been through was magnificent and amazing.

Dining on the deck (the take away meal from Subway), drinks and smoke were part of the package and we did have our share of amusement post amazement. There was fun, laughter and contentment and if I say contentment, the feeling was stronger on my part. I possessed all, the tranquility, the sense of accomplishment and some truly caring friends conspiring to make it all possible for me (Laadley! we missed you in the group that day).